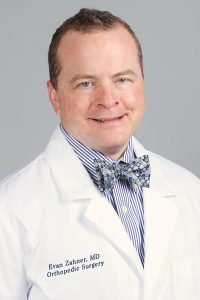 There are more than a hundred types of arthritis, and these affect men and women of all ages and races. While each form has its own symptoms and causes, all of them are characterized by pain from inflammation that occurs on the lining of the joints. The most common type of arthritis is Osteoarthritis (OA), a non-inflammatory joint disease characterized by a degeneration of the articular cartilage. OA afflicts approximately one in ten persons in the United States and Canada. More than 20 million people have OA in the United States alone. The human skeleton has several types of movable joints, which are designed to provide flexibility, support, stability, and protection. These include the ball-and-socket joint (as found in the hip and shoulder); the hinge joint (seen in the elbow and knee); the saddle joint, which allows sliding movement in two directions (such as the joint at the base of the thumb); and plane or sliding joints (found in the carpal bones of the wrist). The bony surfaces of movable joints are overlaid with smooth cartilage and are held together by ligaments. The synovial membrane produces a fluid (called synovial fluid) that lubricates the joints. Sometimes, a deterioration of the synovial membrane is an underlying factor in the development of OA. Although OA can affect virtually any bone in the body, it often presents in the fingers, knees, and hips.

Different from other forms of arthritis, OA does not spread to other parts of the body. Instead, it is limited to one or more specific joints. Progressive deterioration of cartilage occurs, and bony spurs or dense bone form at the margins of the joint. The ends of the bones, having lost their covering, become frayed and rough like sandpaper.

A number of factors can contribute to the development of OA. Even obesity has been linked to the problem, because excess weight puts undue mechanical stress on the cartilage of the knee. Not surprisingly, excess weight constitutes the highest risk factor for the developing of OA in the knee joint. On the other hand, some people are born with a congenital abnormality of the joints, and such joints can be susceptible to mechanical wear. Many scientists now believe that OA results from the combined factors of genetic abnormalities and joint injuries.

In general, however, it can be said that OA is simply related to aging. With aging, the water content of the cartilage increases and the protein makeup of cartilage degenerates. Repetitive use of the joints over the years irritates and inflames the cartilage, causing joint pain and swelling. Eventually, cartilage begins to degenerate by flaking or forming tiny crevasses. In advanced cases, there is a total loss of the cartilage cushion between the bones of the joints. Loss of cartilage cushion causes friction between the bones, leading to pain and the limitation of joint mobility. OA can also lead to Heberden’s nodes, a condition in which bony lumps develop. These become most noticeable at the joints nearest the ends of the fingers. OA is most often the result of an accumulation of many activities over a long period of time. Hence, most people develop OA later in life, and it is seen almost consistently in people over 70 years of age.

OA has dozens of symptoms. Sometimes an early indicator is aching in the joints following activity. There may also be a stiffening of the joints following a period of inactivity, including sitting or sleeping. The primary and most common symptom of OA is pain. But others include swollen joints, joint tenderness, stiffness, and pain. Where pain is present, it will usually worsen with exercise. Still, not everyone with OA experiences pain. Some simply notice a crunching feeling or sound, or grating sensations at the joints. Creaking, clicking, or snapping can also occur. Stiffness of the joints is often especially noticeable in the morning upon getting out of bed. Joint locking usually becomes worse in damp or cold weather. Symptoms may become more severe after periods of inactivity. Usually, symptoms present themselves gradually. In contrast to the immediate onset of some sports injuries, it may be years before OA begins to show itself. When symptoms persist for more than a couple of weeks, it is best to consult a doctor or other health care provider. With OA, it is important to seek treatment before the disease progresses further.

While blood tests can be taken to out rule diseases that may cause secondary arthritis, there is no blood test for the diagnosis of OA. Instead, X-rays of joints can determine if deterioration has taken place. These are most effective in revealing a narrowing of space between bones and the formation of spurs. Removing and analyzing joint fluid by means of athrocentesis is another process used in diagnosis. In some cases, the joint can be viewed by means of arthroscopy. At times, damaged cartilage and ligaments have been repaired during this procedure, and when that is the case recovery is faster than it would be with joint surgery. Treatment for OA varies. One approach has to do with weight loss. Since excess weight produces strain on weight-bearing joints, the patient will be encouraged to restrict his or her diet and engage in exercise. Of course, rest is also recommended, as is a regimen for pain relief. OA can be prevented by controlling one’s weight, as well as avoiding joint injury. Some studies have even suggested that women with estrogen replacement therapy have a lower incidence of OA. Still, no approach is guaranteed to prevent the condition from developing.

You are encouraged to visit our Agility Learning Center for more information.