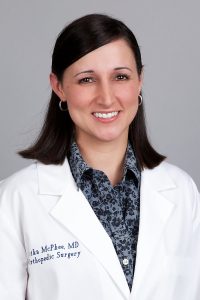 Dupuytren’s disease is a disorder affecting the palms of the hands and fingers. It affects the tissue called fascia which is below the skin and above the tendons that move the fingers. The condition is typically painless and presents as lumps in the palms or what feel like cords beneath the skin. These lumps and cords can cause contractures of the fingers making in difficult to straighten the fingers.

People with Dupuytren’s may notice that it is difficult to lay their hand flat on a table or put their hands into a glove or pocket. The condition tends to run in families. It is more prevalent in men and people of Northern European descent but can happen also in women and in people of younger age. The contractures typically take years to progress, but different people may experience different rates of progression.

Risk factors include family history diabetes, tobacco use, and alcohol use. Some people experience an acute acceleration of contractures following injury to the hands, heavy labor with the hands, or surgery. Some people have an especially severe form of the disease called Dupuytren’s Diasthesis with involvement of other body parts such as the soles of the feet. Since this is not a dangerous condition, no treatment is required unless the contractures are causing functional impairment. There is no need for prophylactic removal of the Dupuytren’s tissue.

Treatment options are targeted at breaking up or removal of the Dupuytren’s cords. One technique called percutaneous needle fasciotomy involves using a needle to puncture the cord several times weakening the cord allowing it to break when manually applying pressure to extend the finger. This technique has the advantage of not having an incision to heal, and there are no real post-procedure restrictions or intensive therapy. A disadvantage is that the contractures frequently recur.

There is also a risk of injury to the tendons, nerves, and blood vessels with cords in certain areas. There is a treatment called Xiaflex which involves injecting a type of enzyme into the cord which softens and weakens the cord. The day after the injection, the finger is manipulated into extension with the intention of rupturing the cord. The enzyme is most selective for the type of tissue within the cord but may also have some effect on the tissues surrounding the cord such as the skin and tendon. Only one cord may be treated at a time with this technique. Cords may require more than one treatment. Also, treatments must be one month apart. Advantages of this treatment are that there is no surgical incision to heal, and there is usually no intensive therapy required. Disadvantages are that there is a small risk of transient weakening of the tendon and possible rupture requiring a brief three restriction from week heavy lifting. Occasionally, the skin may split as the finger gains extension although this typically heals without difficulty with only local wound care. Risk of recurrence with Xiaflex is similar to that with needle fasciotomy.

Surgery for Dupuytren’s involves surgically removing the involved tissue within the palms. By removing the tethering tissue, the finger contractures are usually improved to some degree depending on the severity of contracture before surgery. If the fingers have been severely contracted for many years, the skin may have contracted as well. If the skin is not flexible enough to cover the finger as it is straightened, skin grafts may be required. The main advantage of surgery is that the diseased tissue is removed, theoretically, lowering the risk of recurrence and often providing a more significant contracture improvement. The downside is that there are surgical incisions to heal and there is intensive hand therapy required postoperatively. Recurrence certainly still occurs with any treatment method as many people with Dupuytren’s are prone to develop it by genetics or by an intrinsic predisposition.

The goal of treatment is to intervene only when contractures are functionally impairing and to limit the number of interventions necessary in a person’s lifetime. There are no treatments that prevent the development or progression of the disease, but, fortunately, current treatments are very effective for keeping people with Dupuytren’s pain-free and functional.