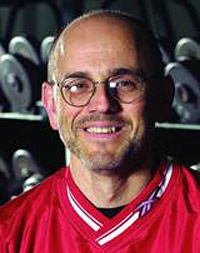 I’m not sure when the phenomenon of early specialization was born. At some point a parent decided “why not just fast-track our kids right past Little League and Pop Warner and right into the Pros”. Parents in all sports felt they could follow the lead of Earl Woods (Tiger’s Dad) or Richard Williams (Venus and Serena’s Dad) and just concentrate on one sport. I love to tell parent groups that I speak to that for every Tiger Woods or Venus Williams there are probably 5,000 kids who hate sports and resent their parents for all the pressure. As a parent, ask yourself this question. Have you ever told anyone “I don’t push my child; they really want to do this?” The latest one to fuel the early specialization fire is tennis star Maria Sharapova. The TV folks couldn’t wait to tell us at Wimbledon that she had been holed up in Florida since the age of 7.

Check out this quote from LA Lakers Coach Phil Jackson: “40 million kids play sports, and most of them are between 7 and 12. By the time they are 13 more than 70 percent of them have stopped playing because it’s not fun anymore. All of a sudden when kids get into junior high, we feel this need to have them become professionals, and the coaches become professionals… The message I’d like to get out to them is to honor the game. The goal, or the victory is important, but team sportsmanship, the athletic endeavor itself is just as important.”

One of the problems is that most team sports are late specialization sports. This means that early concentration/specialization has actually been shown to slow development rather than speed it up. Historically, the great players in team sports seem to hone their competitive instincts and develop their athleticism in a number of sports and then begin to specialize in their teens. In addition, early specialization often leads to dysfunctional parent/child relationships. The early search for the Holy Grail places undue pressure on a young athlete who should be learning that sports are actually fun, not just about winning. Believe it or not, kids play for fun and will actually attempt to make the teams fair and encourage competition when left to their own devices. Remember when you were a kid and the teams were uneven. You made trades to create a competitive game. The thrill was competition, not winning. For many youth sport parents the idea of fair teams is an anomaly. Stack the team. Get the best players. Annihilate the competition. Get a scholarship. Make money.

Let’s look at the following examples:

And the list could go on forever. Early specialization is a phenomenon created by self-interested and financially motivated adults. It has little basis in fact and, the data seem to support the opposite.

This is just some parental food for thought. There is no evidence to support the theory that early specialization leads to long-term success. In fact, there is evidence to the contrary as stated above. If you want your child to be a great athlete, don’t focus on one sport, play a different sport each season. The people who encourage early specialization are all people with a financial interest in your child playing one sport year round. Those encouraging early specialization usually run the leagues, camps and skill sessions and they fill the parents full of ideas that have no basis in fact. None of the players mentioned above left home at 14 to go to prep school or, just played one sport from age 6. The definition of insanity is doing the same thing over and over and expecting the result to change. Maybe we should just try the way that worked in the first place?

Michael Boyle is known internationally for his pioneering work in the field of Strength & Conditioning and is regarded as one of the top experts in the area for Sports Performance Training. He has made his mark on the industry over the past 30 years with an impressive following of professional athletes, from the US Women’s Olympic teams in Soccer and Ice Hockey to the Boston Bruins, Boston Breakers, New England Revolution, and most recently the Boston Red Sox. His client list over the years reads like a Who’s Who of athletic success in New England and across the country including legendary Boston names such as Nomar Garciaparra, Cam Neely, and Ray Bourque.

In 2012, Michael was selected to become part of the Boston Red Sox coaching staff, acting as a strength and conditioning consultant for the team.

Previous Does it Hurt?
Next Endoscopic or Open Carpal Tunnel Release: Which One is Best for You?
Table of Contents