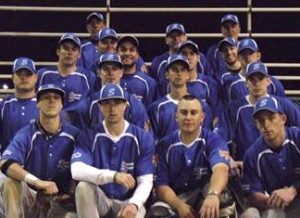 Agility Orthopedics is proud to announce that they will be the chief sponsor of the Stoneham Sabers as they start their second season in the Yawkey Baseball League. Under the leadership of Angelo Colucci, the franchise owner, and manager Joe Laurina the Stoneham Sabers look forward to starting their 32 game 2012 schedule this spring against the 15 team league. The Yawkey Baseball League is the largest amateur baseball league in Massachusetts and boasts collegiate and former professional ball players from all over New England.

The Sabers play their home games at Stoneham High School or Recreation Park off of Franklin Street in Stoneham. The 2012 season starts in May and we hope to see you there. Go Sabers!!